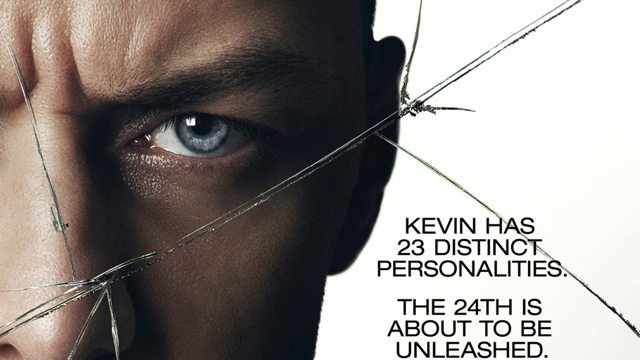 I have to be honest here.   I’d pretty much written off M. Night Shyamalan.   His first couple of major films were pretty damn good, but then he really started to go badly off the rails as, insofar as can be determined, his ego started to get spectacularly out of control.   I stopped seeing his movies in the cinema after Signs, which started out promisingly well before descending into nonsensical absurdity in the final act, and gave up completely after Lady in the Water, in which Shyamalan casts himself as a writer whose works are so significant and profound that they will change the world immeasurably for the better.   I think quite a lot of people ended up feeling much the same way about him and he moved from being the director of a couple of genuinely good films, to pretty much becoming a punchline.    I remember seeing the first trailer for The Happening in a packed cinema; at first, it looked kinda interesting and mysterious, then the words “M. Night Shyamalan” appeared on the screen and you could actually sense the audience lose interest in what they were watching, a sort of collective “Oh, jeez, no, screw that guy”.

After The Happening, he made another couple of badly received movies, The Last Airbender and After Earth, which made enough money, I guess, to get studios to continue investing in him, but were, by all reports, pretty terrible.   But then, it seems, something happened, and Shyamalan went back to his low budget roots.    First came The Visit, a found footage horror movie, which not only made 100 million worldwide on a five million dollar budget, but received a healthy 64% on review collator site Rotten Tomatoes, his highest rating since 2002’s Signs (and his first over 25% for an entire decade).   And now we have his new movie, Split, which, pleasantly, continues what appears to be a significant return to his early promise.

The basic premise of Split is pretty straightforward.   Three teenagers (Claire and Marcia, two popular high-school princess-types, and Casey, their class’ resident loner) are kidnapped and locked up in an unknown location by Dennis, a seeming-loner with near-crippling OCD issues.   As time passes, they encounter the man again, first dressed as a woman, displaying a very different personality and calling himself Patricia, then again with the personality of a young boy called Hedwig, and it becomes clear that their kidnapper suffers from severe disassociative personality disorder.   A second plot thread follows the man, real name Kevin, as he pays regular visits to his concerned psychiatrist, Dr Fletcher, who believes that people like Kevin, who is revealed to have a total of 23 different personas, may be key to accessing extraordinary abilities hidden within the human body, noting that different personalities can demonstrate significant changes in body chemistry and even physical ability.    The girls try to find a way out, attempting to befriend Hedwig to gain his help, but are repeatedly thwarted by Dennis and Patricia, who refer to the collected personalities as “The Horde”.   Disturbingly, they learn that they are there as a sacrifice to “the Beast”, apparently a 24th personality who Dennis and Patricia believe is surfacing from within Kevin’s shattered psyche.

For the most part, the film moves along reasonably well.   The script is pretty solid; it does get a bit too talky at times, but that’s often seemed to be Shyamalan’s style and, as these scenes generally take place when Dennis visits Dr Fletcher, they are generally used quite effectively to provide insights into Kevin’s condition.    Visually, the film is often quite striking; Shyamalan has always possessed a good eye for a shot and this film is no exception.  Anya Taylor-Joy is exceptional in a restrained role as the emotionally-closed-off loner Casey, Betty Buckley brings a measured gravitas to the role of Dr Fletcher and the supporting cast work well in what are admittedly rather limited roles.

The movie, though, ultimately rests in the hands of James McAvoy, and fortunately he proves more than equal to the challenge, switching confidently between personalities and making them all distinctive.   From his perspective, successfully portraying the different aspects of the Horde has to be an actor’s dream and he plays it for all he’s worth.

The film does have its flaws, certainly.  Shyamalan persists in casting himself in his movies, which can be a bit distracting, although he does at least have the decency to cast himself as a one-scene supporting character this time, so I’ll let it pass.   A late reveal regarding the location of the Horde’s lair comes across as being intended to feel like a profound revelation, but ultimately falls almost completely flat; revealing the information earlier could, in my opinion, have added an additional layer or two that could have served the story well.   It’s also something of a disappointment, after all the advertising drawing specific attention to the Horde’s 24 composite personalities, that we only meet nine of them, with only five having any actual effect on the plot.  Granted, it would certainly be difficult in a two-hour film to cover all 24, and questionable that McAvoy could make that many suitably distinct but there is a slight sense of being shortchanged that we didn’t meet a few more of them.

On the whole, though, Split is an enjoyable film with some interesting ideas, anchored by a tour-de-force performance from the always watchable James McAvoy.    A last-minute reveal, which I’ll discuss after the spoiler warning, points in the direction of a possible sequel, which, no lie, I’ll be genuinely interested to see.   And that’s not something I expected to find myself saying about an M. Night Shyamalan movie again. 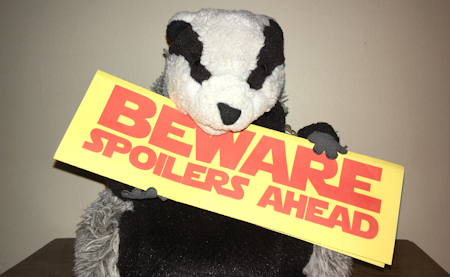 So, the big reveal in the final shot of the movie is that Split is set in the same universe as Shyamalan’s previous movie Unbreakable, with Bruce Willis reprising his role as David Dunn, the emerging superhuman whose origin story was told in the earlier film.   Shyamalan has since revealed that the character of the Horde originated in early drafts of Unbreakable, but was ultimately replaced when it became apparent that the character was simply too complicated to do justice to in that movie.

Does the reveal really add much to Split?   Honestly, no, not that much.   The film would stand perfectly well on its own two feet without it.    The fact that the film shares a world with Unbreakable does provide precedent for the superhuman abilities demonstrated by the Horde when the Beast takes control – the Beast and Dunn do have a number of abilities in common.    But, again, such precedent is not actually required for the story to stand.

What the reveal does open up is the obvious possibility of a third movie pitting the two against each other.  Unbreakable served as the hero’s origin story and now we can look at Split as serving the same purpose for the villain.    Assuming that Shyamalan does go on to make a movie with Dunn hunting down the Horde, then we could potentially end up with a trilogy that presents an interesting and decidedly different take on the superhero genre.

One thought on “On Split”

This is a text widget, which allows you to add text or HTML to your sidebar. You can use them to display text, links, images, HTML, or a combination of these. Edit them in the Widget section of the Customizer.
Loading Comments...
%d bloggers like this: